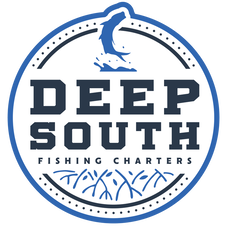 Half day trip with Captain Ryan Booth
"The 1/2 Day trip turned into a 3/4 day trip because captain Ryan was determined to catch fish on a less than perfect fishing day. A northern front blew the water out of the lower Glades and the rough chop from the wind clouded the water to a clay color. Ryan was determined to catch some Redfish and Snook regardless of the conditions and put many miles on the skiff through some rough chop and through the longer rivers to avoid the chop. Eventually his efforts paid off and we were awarded with a few good hook ups of Snook even though we missed several of them.

Rarely have I seen a captain so determined to put us on fish… his boat was brand new and in perfect condition as well as his electronics. His navigation abilities of the tangled rivers and channels of the Glades were of a person who has spent many years honing his craft.
My girlfriend and I had a wonderful adventure with Ryan and would highly recommend him to anyone looking to catch whatever is biting in the lower Glades/ upper Keys area."

Awesome Flats Fishing Trip
"Capt. Ryan provided a memorable experience for my son and I. We caught tons of big fish and I have the small ones in the freezer (I can’t believe I’m calling a 27” Bull Red small :)) He provided everything we needed and sent us pictures to show off to my friends and family. We will return and fish with Ryan again!"

February Fishing Trip
"Captain Ryan provides a great day out on the water. He puts you on the fish and his friendly knowledgeable demeanor is refreshing and interesting. He goes above and beyond and his highly recommended.
Look forward to our next outing! Thanks again Captain Ryan."

6 hours became 8
"Booked a 6-hour charter with Captain Ryan. Captain Ryan was determined to catch more as the fishing was slow so we got back to dock after more than 8-hours. Despite the slow fishing we managed to catch a variety of fish, my wife managing to catch a good sea trout, which will be dinner tonight. Would certainly recommended Capt. Ryan to anybody looking for a backcountry charter."

Double Reds
"Captain Ryan took us out early am for a shot at a giant tarpon in the middle Keys area.  I had one good shot, tarpon fever hit, and I fouled the presentation, it was history.  The movement was weak and we decided to go to the backcountry in the everglades for big redfish.  When we got there the fish started after poling for 5-10 minutes, then you could see a 2 foot wake of red, redfish by the hundreds in the 10-15lb range with some 25 lb.+ plus bad boys.  We had 2 double and I caught the biggest on the fly rod.  Capt. Ryan is good young Captain that will put you on some great backcountry fishing the salt flats of the Keys. Highly recommended to others and look forward to the next adventure!"